Trak was appointed to design and supply a large food operation for the Nationwide Building Society’s headquarters in Swindon.

The main objective of the client’s brief was to include several chefs theatre stations and enhance the food offering available to staff.

Several till stations were supplied in order to cope with a food outlet which houses 2,000 members of staff. Elliptical counters were a main feature of the project and they were complemented by stone worktops and an ornate laminated frontage. The client wanted contemporary counters with a float-off-the-floor illusion. This second-floor space was a detailed and expertly designed state-of-the-art food facility in which the catering staff were delighted with the end result. 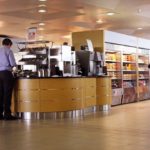 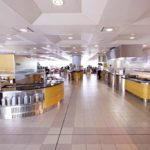 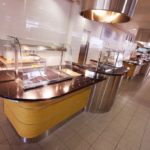 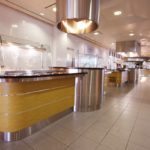 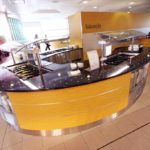 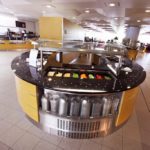 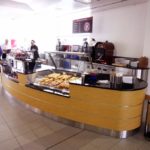